15 days in Cuba. In the rhythm of salsa and rum, with a light cigar smoky scent and all Cuban colors 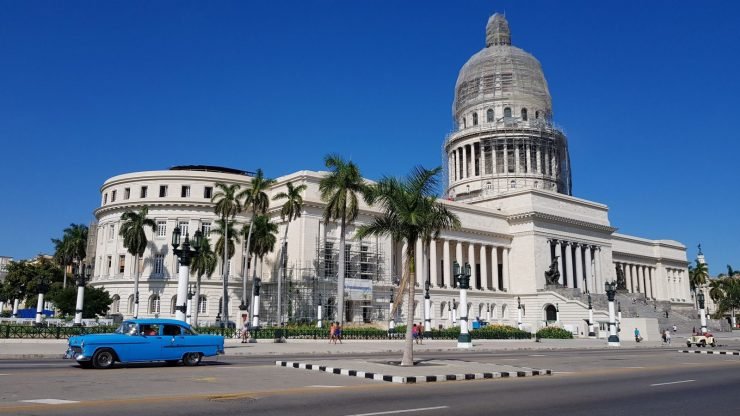 The evening was dark and cold which made it even easier planning a hot and long vocation. I have already spent my share of time in the East, so, South and Central America was my area of interest for a while. I wanted a trip with a little bit of everything, some nature, some city life, and some history but safe enough for backpacking. Aurimas said “Cuba”, and I said “let’s go!’.

We did some googling, spoke with some friends that have been there and bought tickets Vilnius – Havana – Vilnius. The longer I spent searching for the information online, the more I wanted for the tip to begin. And so finally, when the day has come and we landed at Havana airport, despite it being very late at night, I could not be happier with the feeling, which was exactly what I was hoping for from Cuba. Our itinerary was based on the reviews of other travelers and looked like this:

To be fair, the initial plan was a bit different so I’m glad our plan was flexible and we made reservations only for the first few nights at Havana and few last nights in Varadero. It is really easy traveling in Cuba it is not worth it to stick to the plan with no flexibility (traveling ’no plan’ style has always been my favorite!).

Havana – time travel to the past

Havana met us late at night with the heat in the air and some really old cars right at the airport. I wanted to take pictures of everything I see, but then I told myself – ‘there will be more, we’re in Cuba after all’. And I was not wrong. Plenty of old antique cars in every street and every town and basically everywhere you look. There were also some colorful houses just like the ones you see in the postcards about Cuba. Havana is actually really colorful, just like the whole of Cuba. There are plenty of tourists in Havana by day, sounds of salsa spread from the cafes and of course old cars riding across the streets of the city. But by night it becomes different: local people open their large front doors and practically without leaving their living rooms to talk to neighbors, dine and watch passers-by, and they watch back. It is enough spending 2-3 days in Havana and it is really easy walking around. You will have time to ride an old car (one hour is enough), see the old town, Plaza de Armas, walk around Malecon in the evening (the beach, where many locals gather) and have a mojito in one of the bars. If you have an extra day and wish to relax, there is a tourist bus from Capitol square which will take you to a wonderful white sand beach Playas de Este for 5 CUC both ways.

Viniales – the place, where everyone can be a cowboy

After Havana Viniales felt really different… Colorful houses and old cars did not let us forget we’re in Cuba, but the town was small situated between the mountains of the national park and the feeling was different. We knew we should not miss riding horses around tobacco plantations at the most beautiful places in the park, so we planned the thing right away after arriving. Just like everything else it was easy – the guy at the street offered taxi colectivos, than began talking, told him about the riding, which he, of course, helped us with, and then even helped to rent bikes. Easy as that. No cheques or any paperwork but it is all clear and most importantly – organized. As we already knew from the other travelers, Viniales horse riding was the best attraction there. It’s suitable for first-time riders, wonderful views, tranquility around and great stories about local rum and cigars and of course trying it for ourselves.

Playa Larga – for those who love diving and snorkeling

Playa Larga appeared on our list unexpectedly when a few days before the trip I remembered some stories about it and decided to stop by. Playa Larga is situated in the so-called Pig bay, which is one of the best places in Cuba for snorkeling and diving. Diving can be done right from the shore and the water is clear and azure. I remembered my friends telling me that they stayed at casa particular right at the shore of the sea, so the idea of me stepping right into the water from the house did not leave me in peace. So as we arrived at the town (which by the way is really quiet and small) with all the backpacks hurried right to the beach where we walked back and forward a few times and found our dream place – spare room right by the sea. This time it was not that easy, as the place is really small and there were not many spare rooms by the sea left. Few days in this oasis have left the whole world behind us. Just us, the sea and the palm trees… Right, what about the diving. Through our casa particular we got a taxi to the other beach where we rented snorkeling equipment and enjoyed the views right from the shore. Those who want to dive can make arrangements there as well.

Colorful as a fairytale Trinidad

“Be sure to visit Trinidad.” “You’ll love it” “Very cool Town”. As we have heard such stories from many people, it was just impossible not to come here. Just like other times, we came with a taxi colectivos. As we arrived at Trinidad, which was rock-paved and abundant, we not only started to doubt whether we arrived at the right hostel but in general – did we arrive at the right town?! The houses are even more ruined than in the outskirts of Havana, the streets were half rocks, half pits and water was spreading all around the streets. But the situation has changed completely when we saw the town center, which looked like an ancient fairy tale place with carriages and cowboys in the streets! We stayed in Trinidad for 3 days. One day we spent chilling at the beach (Playa Ancon), which costs 5 local money (for a round trip), a day trip to the Parque Natural Topes de Collantes and another one exploring the town. Trinidad really deserves attention and I fully support the things I heard from others about it. Playa Ancon was one of the most beautiful beaches (although they are all very beautiful in Cuba) and spending evenings sitting on the steps in the central square and sipping mojito for 1-2 Eur while listening to salsa – just amazing… By the way, our casa particular host helped us organize the trip to Parque Natural Topes de Collantes and advised that it is cheaper and more interesting to go with a simple taxi, which took us there and waited for a few hours while we went to the waterfalls and swimming and took us back enjoying the views on the way.

Cienfuegos that reminds me of Miami

We were planning to skip Cienfuegos because we heard that it’s enough to spend a day and nothing really special to see there. However, we managed to find a free day and decided to come. A bit pity we had just one day because we got the nicest casa particular right and the center of the town with the greatest Italian hostess. The town is different from others as it is built by French, so the architecture is different. There is a beach nearby, but we didn’t go there, just heard about it from our hostess, the town was cute, but it was harder to get impressed after Trinidad. If someone asked me if it’s worth going there, I wouldn’t say it’s not worth the visit, just maybe do it before going to Trinidad.

Why Miami then? Cienfuegos is quite a long strip by the sea (Malecon) where locals and tourists ride and walk along in the evening. The heat, palm trees, straight road, and water reminded of Miami…

Varadero was our last stop and the only place where we stayed not with the locals but in the all-inclusive hotel. White sand beach strip lasting for 20 km. with many all-inclusive hotels at the seaside attracts tourists to this place. Varadero is about 1,5 hours from Havana and it has an airport so it can be reached with a direct flight. An option many Canadians use. Some of them come to Veradera not for the first or even second time, just like some of the Lithuanians go to Turkey. The place is popular among western people so it makes an impact on the city, for example, there are many more shops, easy to buy western cosmetics, food, drinks, and snacks (believe me, it is true luxury in some places in Cuba!). There are few western cafes with traditional English breakfast and few clubs where locals overdo most popular all the time hits (luckily did not hear Sweet Caroline, but Aerosmith was on the play all the time).

In this trip we planned the route so that we could skip Cayo Coco (another popular spot, famous for it is islands and white sand beaches, but it had no casa particular – an important reason to skip it), so we wanted some remote small island to feel the true Caribbean… To feel the Caribbean we chose a day-trip from Varadero to Cayo Blanco visiting dolphins on the way. As always, mojito and Cuba Libre was not missed along with Cuban music, sweet dolphins and cozy island Cayo Blanco, which made us feel the true Caribbean vibe.

I am really happy we visited Verdere and that we did not spend the whole vocation there as some tourists do. The place is worth visiting, but it does not show what Cuba really is, so if you already crossed the Atlantic ocean, ride a few hundred kilometers more around Cuba to see it’s true colors.

My discoveries and advice 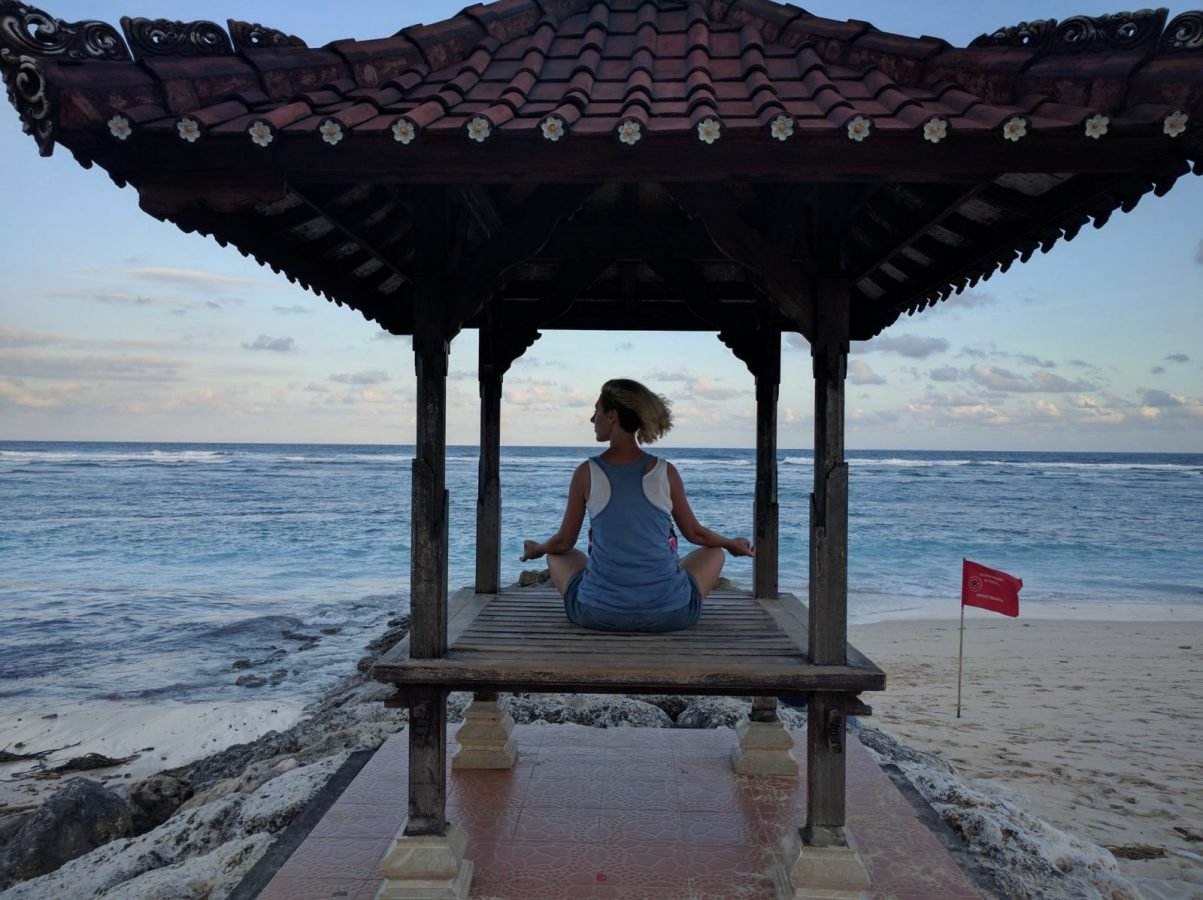 Bali is a wonderful island, to which some want to come again and again, and some spit and says “What are they all flocking there for?”. I came back to Bali a few times myself and what do you think? The same places and...

Thai dog tale – How I survived a vicious dog attack in Thailand!

Bright: a wonderful place to try something new

Things worth knowing before travelling to Cuba

We are using cookies in order to improve your browsing quality and to track usage of this site. Any time you can change settings of your browser and you can remove cookies.I agreeRead more